Loved The Thursday Murder Club? We think you’ll like these books too

What books are like The Thursday Murder Club in offering light entertainment and making fun of the murder-mystery genre? Five Books editor Sophie Roell, an avid reader of murder mysteries, has some recommendations.

If you enjoyed Richard Osman’s The Thursday Murder Club, what books like it might you also enjoy (other than the sequel, The Man Who Died Twice, which was released in September 2021)? First, to clarify what The Thursday Murder Club is about, in my view. It’s about a group of pensioners living in a pleasant, affluent community in the UK who solve a murder mystery. It’s not about a glamorous and beautiful FBI agent or a cynical, hard-drinking detective, it doesn’t bring alive the seedy side of life in a grim urban setting. There are no drug smugglers or people traffickers. All in all, it’s very firmly in the ‘cosy mystery’ genre. It’s also very funny, a parody of a murder mystery, really. The author, Richard Osman, is not entirely evading the challenges of real life—after all, getting old and dying is not a lot of fun, and it’s going to happen to all of us—but mostly he’s providing light entertainment. 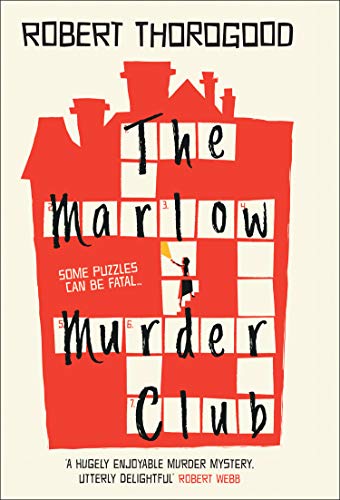 What other books are like it? To start with the most recent one, Robert Thorogood, creator of the Death in Paradise TV series (now in its 10th season), another mainstay of British light entertainment, has also just written a murder mystery. It’s called The Marlow Murder Club and is set in the town of Marlow on the River Thames. It features Judith as the main character. In her 70s, she still works setting cryptic crossword puzzles for newspapers. The action starts when she hears her neighbour across the river shouting ‘Hey, no!’ Like The Thursday Murder Club, it’s a very pleasant murder mystery, an enjoyable relaxing read. The setting is rather lovely, making you want to swim in a river. 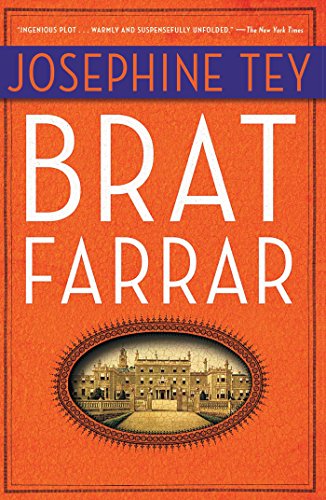 To find real classics of the genre, however, you have to go further back in time. One of the best authors of easy to read but highly satisfying murder mysteries is Josephine Tey. Born in Inverness in Scotland, her real name was Elizabeth Mackintosh and she was also a playwright. Many of her novels feature Detective Inspector Alan Grant of Scotland Yard, and they are all worth reading. My favourite book by her, however, is Brat Farrar. It’s set on the south coast of England after World War II and it’s about a family called Ashby. Both parents have died, so it’s Aunt Beatrice who is bringing up her nieces and nephews. On no account find out anything else about this book online before reading it! 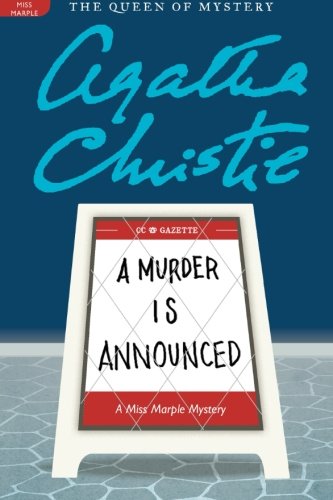 A Murder is Announced

A Murder is Announced
by Agatha Christie

In writing The Thursday Murder Club, Richard Osman doubtless took inspiration from the Miss Marple books by Agatha Christie. Yes, everyone has heard of them, but they really are among the best. No one has really ever managed to do plots as well as Agatha Christie did, which is probably why she remains so widely read and translated. In terms of which Miss Marple to read, there are 15 of them (including two books of short stories) in total, but some of the best ones are A Murder is Announced, Murder at the Vicarage and 4.50 from Paddington. They’re also fun to listen to as audiobooks. Often Joan Hickson, who plays Miss Marple on TV, is the audiobook narrator (even when, as in the case of Murder at the Vicarage, the ‘I’ in the book is not Miss Marple, but the vicar). I found her voice hard to adjust to at first, but unforgettable: I can still hear her speaking to me now. 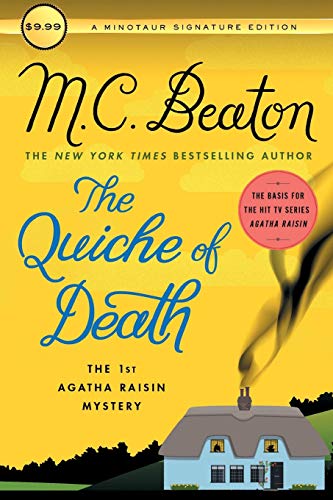 The Quiche of Death

The Quiche of Death
by M C Beaton

Perhaps the modern book series that most closely resembles The Thursday Murder Club—in featuring a well-heeled female heroine aged 50+ living in the English countryside and in being a parody of the murder-mystery genre—is by MC Beaton, who sadly died last year. Her detective is former PR executive Agatha Raisin, and the first book in the series is called The Quiche of Death. To me, the Agatha Raisin books are hilarious. I read all of them when my kids were tiny and I was home without other adult company a lot. Like The Thursday Murder Club, these are books that offer light-hearted escapism.

Cast, in Order of Disappearance

Cast, in Order of Disappearance
by Simon Brett

Lastly of books that, like The Thursday Murder Club, embrace the ridiculous, I highly recommend the Charles Paris series by Simon Brett. The main character is a louche, out-of-work actor who lives in a bedsit in London. The first book in the series, and the one to start with, is called Cast, In Order of Disappearance. First published in 1975, these books, as well as being laugh-out-loud funny, capture life in an era which seems very different to life now, nearly half a century on. If you like audiobooks, they’ve also been adapted by the BBC into radio plays, starring Bill Nighy as Charles Paris.