At Five Books, we take crime novels seriously, and the Robert Galbraith/Cormoran Strike books are highly recommended for anyone who is into the genre. The tricks to keep you guessing or the surprise about 'whodunnit' are not quite as mind boggling as Agatha Christie, but perhaps more realistic. The plotting is solid and satisfying, and doesn't grate like in all too many contemporary crime novels. However, it's the characters and their interaction that make the Robert Galbraith/Cormoran Strike books so enjoyable to read.  They're very real. You can move with them around London and the UK, sympathizing with their trials and tribulations. As happens in the Harry Potter series, the characters appear, and then gradually, as the series progresses, their backstory is fleshed out and Galbraith/Rowling makes them more complicated and you want to know what happens to them next.

We've listed the Robert Galbraith/Cormoran Strike books in order below. They're also excellent to listen to as audiobooks, narrated by the British actor Robert Glenister. 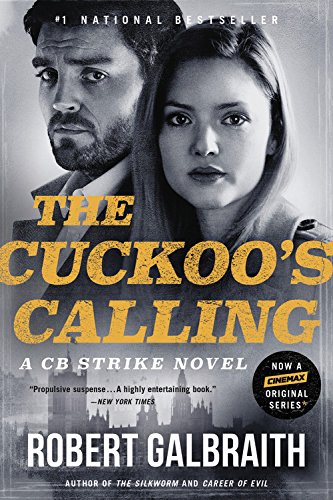 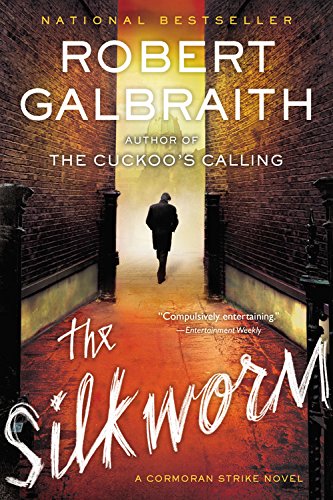 The Silkworm is the second novel in Robert Galbraith/J.K. Rowling's Cormoran Strike detective series, set in the literary world. If you enjoyed the first book, the second one does not disappoint, and you begin to feel comfortable with the main characters. The murder is on the gory side and some of the images a bit sickening, but not so bad as to ruin the book. 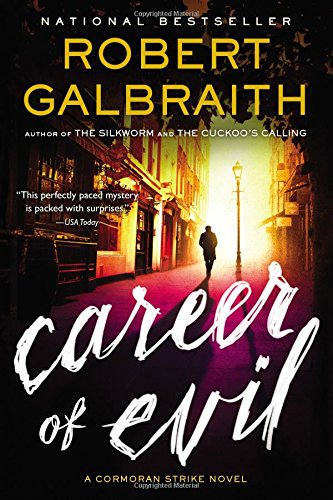 Career of Evil is the third book in the Cormoran Strike detective series, and in it Robert Galbraith/J.K. Rowling really gets into her stride. Strike's (now) partner, Robin Ellacott is the target of a serial killer, and we get to know more about her as Rowling/Galbraith writes in her backstory, and we start to really live through the ups and (mainly) downs of her longterm relationship with accountant and childhood sweetheart Matthew.

In the fourth book in the Robert Galbraith/Cormoran Strike series, Lethal White, J.K. Rowling does what she did so successfully in the Harry Potter series, which is that she makes it better than the book before. Rather than getting tired of the formula, you feel that she is taking things forward, and you become interested in where it’s all going to end up. The murder plot is good and the settings (which include the Houses of Parliament) memorable. At this point in the series you’re really rooting for the lead characters and how their lives will turn out.

Troubled Blood by Robert Galbraith (aka JK Rowling) is the 5th book in a series featuring Cormoran Strike, a British war veteran who sets up a detective agency in London after losing his leg in a roadside explosion in Afghanistan. The series is one of the most intelligent out there for fans of crime fiction. If you're new to the books, we recommend reading the series in order, as it's a lot about the evolution of the relationship between the two main characters.