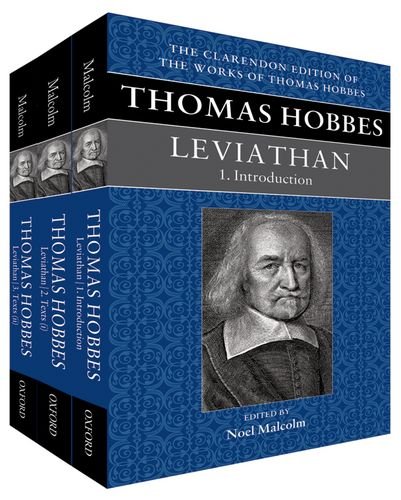 Thomas Hobbes’s Leviathan (full title: Leviathan, or the matter, forme and power of a commonwealth ecclesiasticall and civil) is considered a master work of political philosophy. Published in 1651, and in large part a response to the horrors of England’s civil wars, it argues that individuals should unite in a ‘social contract’ under a sovereign power, so as to avoid a state of war and anarchy.

Which edition of Leviathan should I read?

You’ve recommended a particular edition of Leviathan, the Oxford Clarendon edition edited by Noel Malcolm. That’s quite a hefty tome.

Yes, it’s a landmark in Hobbes scholarship. It’s edited by Noel Malcolm, with an incredible level of scholarship. It’s in three volumes and very elaborate. The first volume is the introduction by Noel Malcolm. Noel Malcolm is one of the great Hobbes scholars of our time, and it sets Leviathan in context. It gives you a sense of when it was written, how it was written, and so on. Then the other two volumes are the text of the English Leviathan, face to face with Hobbes’s Latin translation of Leviathan. So you get both texts, and he has this tremendous editorial apparatus that allows you to compare the similarities and differences between the two of them. It’s an incredible service to the scholarly community.

Is it running commentary on the differences between the two?

He doesn’t give you so much commentary, just editorial apparatus. For example, he will translate the passages in Leviathan that are different from the English one, so that if someone doesn’t read Latin, they can see what those are. He highlights where they’re different from each other in a way that is not obtrusive, so if you don’t care about the Latin, you can just read the English and go forward. He’s checked all the various different manuscripts and the published editions of Leviathan to check for variants and so on. There are also guides to key words whose 17th century meaning would be different from 21st century English. It’s a tremendous achievement.

That does sound very impressive, but if a reader can’t stretch to that, and wants a more student-type volume, is there a particular edition of Leviathan that you’d recommend?

There are several. It depends on what you want. There are editions that preserve the 17th-century spelling and punctuation. That makes it more difficult for the student to read, but there are times when the original punctuation is relevant for the meaning of what’s happening, it helps you to understand. If that’s what you want, there’s a great edition by Richard Tuck for students that he edited as part of the Cambridge History of Political Thought series. There’s also an edition with modernized spelling that was done by Edwin Curley with Hackett. That’s also a very good edition. And there’s another edition that’s recently come out by David Johnston, with Norton, which also has lightly modernized the spellings to make it easier for a contemporary reader. Those three editions are all very, very good.

If you were recommending somebody read Leviathan for the first time, would you say ‘start at the beginning and read through’?

It depends what your interests are. It’s such a long book. If someone is interested in international politics, often they’ll just read chapter 13, which is where he gives you his theory of war. If they’re interested in his political philosophy often what people do is they read Books I and II, and leave Books III and IV aside—that’s where he deals with religion at length. But if you’re interested in his religious, theological and ecclesiastical thought—which is not irrelevant for his political thought and, in fact, there’s a great deal of interest in Hobbes’s religious thought in contemporary scholarship—then books III and IV are indispensable. Even if you want to skip Books III and IV, often people will read I and II plus the Review and Conclusion. So that’s one way to do it. It’s a rich text, so it depends on what your purposes are.

Read the full interview on the best Thomas Hobbes Books 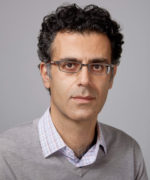 “We continue to read Hobbes’s Leviathan because it very powerfully articulates a particular worldview. It’s an incredible philosophical system that continues to have power in our thinking today. It’s one of the articulations of a theory of sovereignty, for example, that continues to be the key ideology of our interstate global system. There are these systematic philosophical elements that make him a philosopher. But he’s also engaged in the politics of his time and making very particular observations about his own time, his own society, his own culture. There are all of these things that are going on in this text, which is partly why it’s such a rich text. It’s the combination of somebody who is a systematic philosopher, an astute observer of history and society, and who is writing at a time in history that is full of tumult and great transformations. It’s an exciting time and he is an exciting thinker. That’s quite a combination.” Read more...

“The best reason for reading Hobbes is that no other philosopher has ever used the English language to such powerful effect. It is a really remarkable feat of dialectic. You find yourself agreeing with him at each stage of the reasoning as he builds up his case then, quite suddenly, you find that you’ve arrived at a conclusion which seems intolerable.” Read more...

The best books on The Rule of Law

“Hobbes is brilliant in two ways. One is his style of writing: he is a phrasemaker with very memorable quotations. There are things I’ve read just once that stuck in my head. He’s also analytically brilliant. He is an analytical philosopher, even though the term didn’t exist at the time. He builds things up, he defines his terms, he defines new terms out of the previous terms he’s already defined. You get this incredibly methodical approach. He’s not just interested in the nature of politics, he wants to understand the nature of human beings before he understands politics…Hobbes is one of the most exciting political philosophers to read.” Read more...

The best books on Political Philosophy

“I read it not because it was one of the founding texts of Western philosophical thought but because a couple of Nigerians said it was a good book to read in Lagos. There were parallels between this book, written in the middle of England’s 17th-century civil war, and Nigeria, in particular the jockeying of various competing interests. There are some long digressions in it on the nature of man which look dated now, but at its heart it does still have an important, timeless message: it helps explain why in a society where all hope of law and order and stability have broken down, decent people end up doing awful things to each other. This idea of ‘the war of all against all’, when there’s no law, and what a man can win through his strength is what he gets, definitely has parallels in modern Nigeria. It also helps you understand another aspect of demagoguery: why dictators can be genuinely popular, if only for a while, and why, for example, fundamentalist religious movements have such appeal. You surrender your freedoms to Leviathan, the all-powerful sovereign, in exchange for being guaranteed a certain level of stability.” Read more...

The best books on Nigeria

Other books by Thomas Hobbes 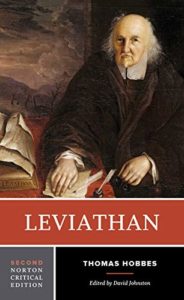 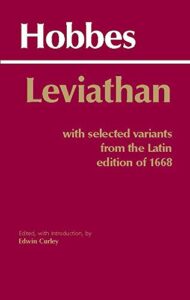 Leviathan: With Selected Variants from the Latin Edition of 1668
by Edwin Curley & Thomas Hobbes 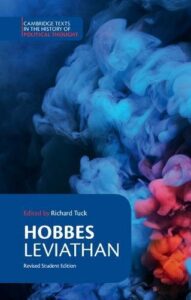 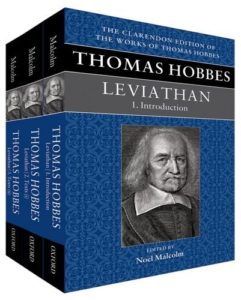