Loved Wolf Hall? We think you’ll like these books too 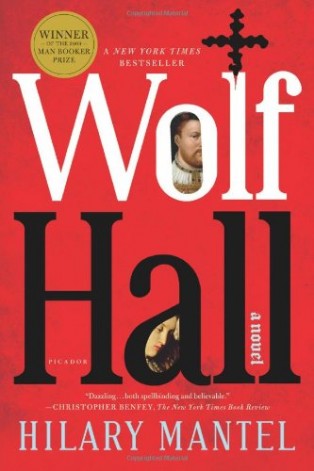 If you adored Hilary Mantel's double-Booker-Prize-winning trilogy Wolf Hall, here are five more books like it: four works of historical fiction and one nonfiction title which we believe—for one reason or another—will go some way towards filling the Cromwell-shaped hole in your life.

Hilary Mantel’s monumental Wolf Hall trilogy cast Henry VIII’s notorious chief minister Thomas Cromwell in an unusually sympathetic light: we saw him as a loving father and grieving widower; as a shrewd operator whose intelligence and ambition led him to swap the blacksmith’s forge for the royal court; as a visionary reformer in a court of hidebound sycophants.

The trilogy’s complex structure, dry humour and sometimes oblique narrative style means that Wolf Hall and its sequels (Bring Up the Bodies and The Mirror and the Light) are not quick or simple reads, but they more than reward the effort sunk into them. The books are truly immersive, offering front row seats to England’s break with Rome, the execution of Anne Boleyn and the dissolution of the monasteries, as well as direct insight into Cromwell’s state of mind, personal philosophy and prudent strategy.

But you know all this already. You may even have watched the BBC series, seen the stage adaptation, and worked your way through Mantel’s back catalogue (if you haven’t, you really must read A Place of Greater Safety, her brilliantly imagined and meticulously researched opus on the French Revolution). You’re here because you’re looking for something else to read—something new—that will scratch that same itch.

For those who find that Mantel’s Wolf Hall trilogy has sparked a special interest in the history of the period, you might turn to our interview with Peter Marshall on the best books on the Reformation. Our history editor Ben King has also picked out his personal choices of nonfiction books on Thomas Cromwell, the man. Diarmaid MacCulloch’s acclaimed 2018 biography Thomas Cromwell: A Life is the obvious place to start.

But perhaps you’re looking for something more qualitatively similar in nature; historical novels, perhaps, with that same literary heft, artistry, and surround-sound sense of time and place. Or perhaps you’re looking for another in-depth character study, offering new insight into the work and life of a controversial (and commonly misunderstood) historical figure. Here are five more books that we think that you will like if you liked Wolf Hall. 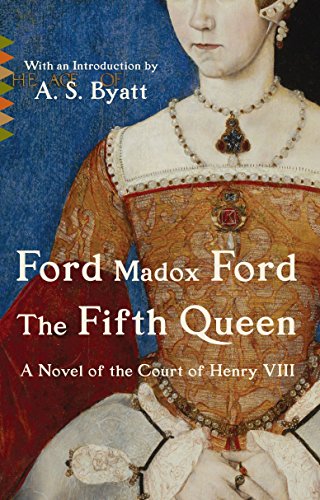 The Fifth Queen: A Novel of the Court of Henry VIII

The Fifth Queen: A Novel of the Court of Henry VIII
by Ford Madox Ford

Ford Madox Ford is well known for his novels set around the time of the First World War (The Good Soldier and the Parade’s End tetralogy), but you may not have come across his neglected masterpiece The Fifth Queen, which fictionalises the life of Katharine Howard, Anne Boleyn’s younger cousin, who was married to Henry VIII while still a teenager. He was 49 years old. We’ve viewed the Duke of Norfolk’s machinations to make this match through Thomas Cromwell’s eyes in The Mirror and the Light; now see those same events from a different perspective. Like Wolf Hall, Ford Madox Ford’s book is a vivid evocation of the Tudor court, and a brilliant study of political manoeuvring and how power corrupts.

Saying that, The Fifth Queen has received criticism for historical inaccuracies. If that’s important to you, you might prefer historian and historical novelist Alison Weir‘s more recent take on Katheryn Howard’s life: The Tainted Queen, the sixth title in her popular Six Tudor Queens sequence. 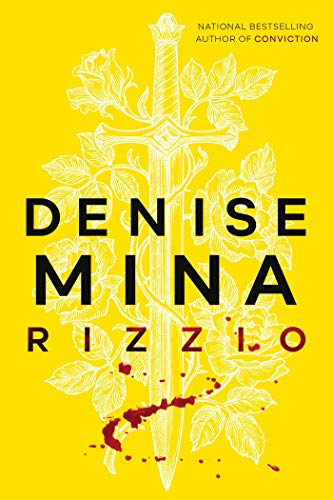 Rizzio: A Novella
by Denise Mina

Denise Mina’s pint-sized Rizzio dramatises the bloody murder of Mary, Queen of Scots’ Italian secretary, David Rizzio, and the subsequent coup d’etat in Holyrood Palace, Edinburgh, in March 1566. Rizzio is a short but perfectly formed little book that brilliantly evokes the tense and stifled atmosphere of the Queen’s private chambers as she, six months pregnant, considers her predicament: her hasty love marriage to the handsome, charismatic and reckless Lord Darnley is dead in the water; her lords are revolting; relations with her powerful, Protestant cousin Elizabeth I of England have soured. Now, during a private dinner party for friends, events come to a brutal and shocking climax.

At only just over 100 pages (or two hours, in the audio version), it’s perfect for a car journey or slow afternoon. After Rizzio, you might move on to Lucy Jago’s excellent recent novel A Net for Small Fishes, about a real-life scandal that rocked the court of Mary’s son, James VI (James I of England) who went on to unite the English and Scottish crowns. 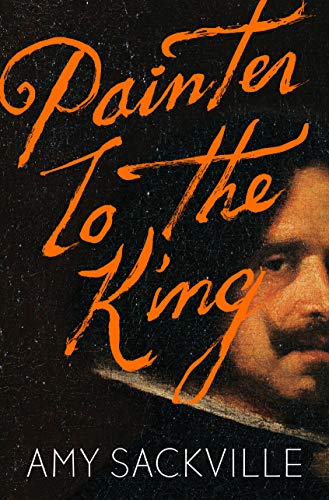 Painter to the King

Painter to the King
by Amy Sackville

This masterful historical novel was critically acclaimed on publication in 2018, but nevertheless I feel it didn’t get the recognition it truly deserves. In it, Philip IV of Spain summons the master painter Diego Velázquez to his royal court, and we follow the development of the relationship between artist and subject over the following four decades—and the slow waning of Philip’s influence and control.

Just as Thomas Cromwell sees the world through the eyes of a trader, constantly and habitually estimating the value of the homes and sumptuous clothing of his colleagues, in Painter to the King we see 17th-century Madrid through a painter’s eyes: “find the contour, the shadows and the lights… there are the different thicknesses of a folded shadow, of a velvet robe.” Like Wolf Hall, this book is a work of high literature. Sackville makes use of formal experimentation, leaving sentences half-finished, dangling—and at intervals an alternative narrative bursts through, as we catch glimpses of the author researching the book in the present day. Dazzlingly good. 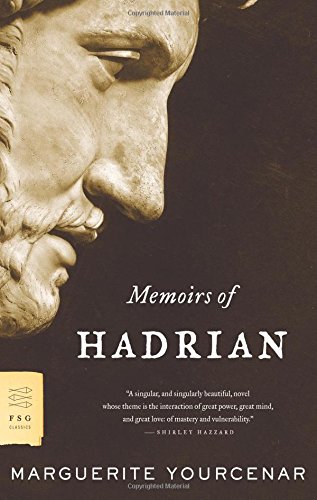 Memoirs of Hadrian
by Marguerite Yourcenar, translated by Grace Frick

Like Wolf Hall, Marguerite Yourcenar’s twelfth book is considered a landmark in historical fiction. Yourcenar began researching Memoirs of Hadrian—the story of the Roman emperor’s life, told in the form of a letter to his adopted grandson, Marcus Aurelius—as a youth, but didn’t finish the book until she rediscovered her notes in an old chest in her forties (a story not so unlike the extended genesis of Mantel’s A Place of Greater Safety, first written in the 1970s but rewritten years later and finally published in 1992). Yourcenar once recalled the writing of Memoirs of Hadrian to have been so intense as to constitute a “controlled delirium”. As Mantel managed with Thomas Cromwell, Yourcenar utterly inhabited the mind of a far-off historical figure. Indeed, a further-off figure; Joan Acocella once wrote in The New Yorker, “No other document takes us so deeply into the pre-Christian mind.”

So if you enjoyed that sense of literary time-travel, of seeing the world through another person’s eyes and assuming their sensibilities, this is a great next step for you. Take a trip to the second century, AD. 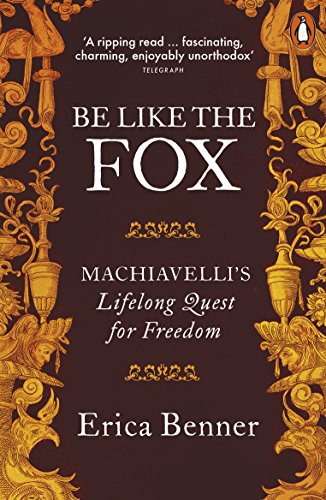 Be Like the Fox: Machiavelli's Lifelong Quest for Freedom

Be Like the Fox: Machiavelli's Lifelong Quest for Freedom
by Erica Benner

A bit of a different choice, here. It’s a work of biography which may appeal to those who enjoyed Wolf Hall for the fresh perspective it gave them on a controversial historical figure.

Thomas Cromwell lived in Florence at the time of Niccolò Machiavelli, the Italian diplomat and philosopher, and was well acquainted with his work. (In Wolf Hall, we see him reading The Prince in “a Latin edition, shoddily printed in Naples, which seems to have passed through many hands.”)

But Machiavelli has been somewhat unfairly maligned when his work is seen as a whole and in context. Like Cromwell, he was an ambitious man with a strong sense of realpolitik. Erica Benner’s eminently readable biography Be Like the Fox offers excellent insight into his life and work. Five Books’ editor Sophie Roell selected it as one of the best nonfiction books of 2018: “Niccolò comes across as such an enthusiastic, principled, humorous character; it’s hard not to find him immensely likeable as you live through the ups and downs of his life with him,” she added, noting that she particularly admired how Benner interwove direct quotes from Machiavelli himself into the interpretative text. 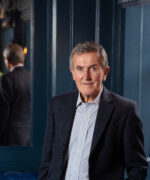 Neil MacGregor on
The Best Fiction of 2022: The Booker Prize Shortlist

The Booker Prize is awarded each year to the best original novel written in the English language. We asked the art historian Neil MacGregor, chair of this year's judging panel, to talk us through the six novels that made the 2022 shortlist—and why fiction can be a most effective means of engaging us emotionally in social and political crisis elsewhere.